We feel very privileged and thankful to have been a part of so many families special moment in life. Here are just a few of the wonderful families that we helped along the way. 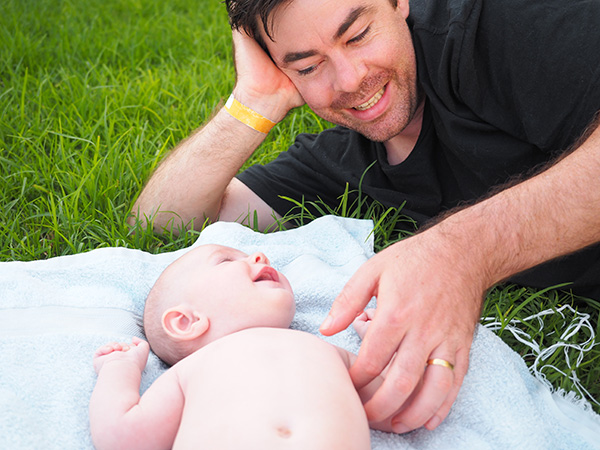 Thank you so much to Dr Philip Rowlands for the safe arrival of our baby Bruno.

Philip has helped us two fold; he helped us navigate through IVF and then later in the ups and downs of pregnancy.

Throughout both IVF and our pregnancy, we always felt confident in his thorough, methodical assessment. We valued his calm manner, natural empathy and kindness.

For someone who has a significant phobia of medical procedures and hospitals, the relationship I developed with Philip and my trust in his technical abilities allowed me to overcome my fears. I also appreciated his holistic approach in encouraging fitness and general wellbeing which resulted in minimising my stress and anxiety. 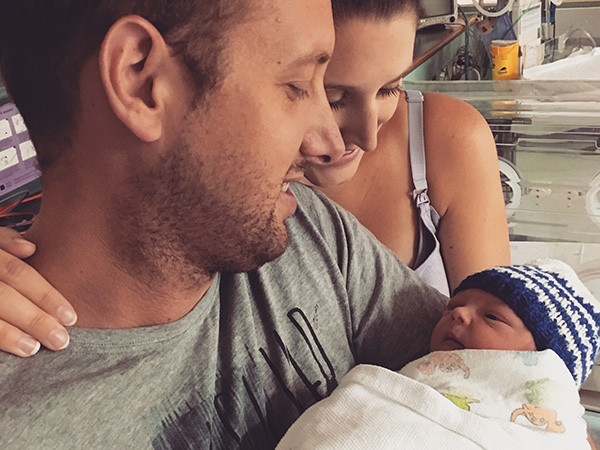 Ben and I cannot thank Dr Rowlands enough for the extraordinary care we received throughout my pregnancy and unexpected early labour/arrival of our gorgeous little man, Blake. Dr Rowlands has such a calm, reassuring nature and made us feel confident in every decision that needed to be made. He is so highly skilled in what he does that we were gratefully able to avoid an emergency Caesarean that midwives had told us 9/10 obstetricians would have performed in our situation. The office manager, Erryn, has such a loving and kind personality and truly cares about every patient that comes in and is such a delight to talk to. We highly recommend them to everyone who asks about our experience and will definitely be back when the time comes to extend our family. 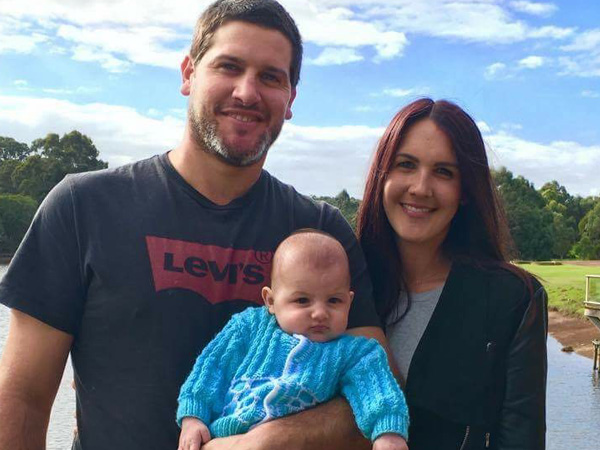 When I fell pregnant with my first born I knew I wanted to deliver my baby at Glengarry Hospital. So I did some research into the Obstetricians that were practicing at Glengarry to make my first appointment. I am so glad I went with my instincts and chose Dr Philip Rowlands. He is everything I wanted in an Obstetrician. He is kind, caring, professional, has excellent bedside manner and is very thorough. Most importantly he delivered my beautiful baby boy safely and was excellent during my labour. His practice is conveniently located across from the hospital and has a warm and comfortable ambiance. The Practice Manager, Erryn is wonderful! Erryn is so friendly and welcoming yet very professional and was extremely efficient with booking all my appointments and scans. I will definitely be recommending Dr Rowlands to all my pregnant friends and will be going back to him for my next baby!

What can I say other than, Dr Rowlands is “AN ABSOLUTE MIRACLE WORKER”. I came to know Dr Rowlands 6 years ago when I was referred to Pivet Medical Centre. My husband and I almost gave up any hope of having a baby after so many miscarriages. We went to Pivet as our last hope. We were organising the re-construction of my uterus when I found out I was pregnant again, so the re-construction had to wait.  Dr Rowlands along with Dr Yovich did everything they could to save this baby. And what a job they did, our miracle baby turns 6 this year. Six months after giving birth, I went back Pivet to have the uterus re-constructed to be a normal uterus, so we could carry more babies in the future. This was done by Dr Rowlands and Dr Yovich as previously planned.

Two years ago we decided that we were going to start trying again and had another miscarriage. We didn’t give up hope and tried one last time. In July 2015 I found out that I was pregnant again. I had no hesitations and went straight back to Pivet as I wanted Dr Rowlands to treat me for this pregnancy, which looked to be very strong. Nine weeks later after few scares, I found out I was carrying twins.

Dr Rowlands went into a plan of attack mode to save these babies, from a cervical suture to lots of medication throughout the pregnancy. I found out fantastic news that he was now doing Obstetric work out of his own practice in Duncraig. There was no hesitation in my mind that HE was going to be my Obstetrician. His expertise and knowledge of Obstetric work is remarkable. He was so professional throughout the whole pregnancy, but best of all, his bed side manner was amazing. I didn’t ever feel like I was only a patient but someone he cared about and really wanted everything to be ok. Mine and my babies’ best interests were always his main concern every visit I had and every phone call I needed to make for the high risk pregnancy I had. This was even after I gave birth and was in hospital with the twins for nearly three weeks. I can happily say that my babies made history with Dr Rowlands as the first set of twins he has delivered at Glengarry Hospital. I am eternally grateful to this wonderful Doctor, who is not only a miracle worker but an absolutely fantastic person. This also goes along with Erryn, Dr Rowlands Practice Manager. Amazing, beautiful person who was always so welcoming with open arms. These are truly remarkable people, that I am so happy from bottom of heart to recommend anyone out there who needs any Obstetric or Gynaecological work to see Dr Rowlands. You won’t be disappointed. TRULY AMAZING XXXXXXXXXXXXXXXXX
Sonia, proud mother of 3 miracles.

My husband and I cannot speak of Dr Philip highly enough. We first met him through PIVET due to both having fertility issues. All the clinics that we had seen prior to PIVET had given us very little hope that we would be able to have children of our own and had even suggested that we would have to move interstate for treatment. When we first met Philip he instantly made us feel hopeful and we felt confident that he would be able to help us. He is extremely knowledgeable, professional and friendly so we knew we were in good hands. After multiple procedures between my husband and I and then one round of ICSI, I fell pregnant!!!

Despite being a bit further away than closer hospitals we decided to follow Philip to Glengarry as he was now part of our journey and we couldn’t imagine going through it without him. His professionalism, friendliness and support continued right up until D-day where we felt so safe and in good hands.

In Feb we welcomed our miracle baby girl, Grace who is a sweet, happy, gorgeous little Bub and the light of our lives.

A special mention to Erryn who has also been such an amazing support each and every week, appointment after appointment and also over the phone being a calming, friendly voice.
Thanks again to these wonderful people. We truly are so thankful and I hope you know how special you both are. We can’t wait to hopefully start this whole thing again soon and it will be you that we will be calling. xox 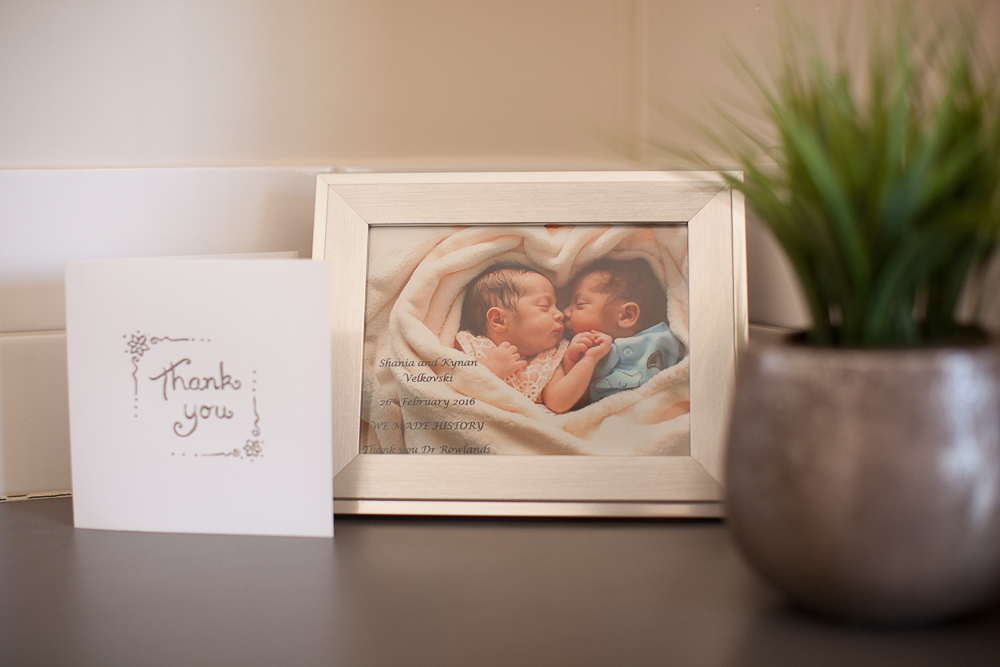 I would like to say how pleased I am with my recent operation and post operation care performed by Dr Philip Rowlands.  He was able to operate very quickly with no delays, which was important.  His “bedside manner” was perfect, he visited me in hospital after my hysterectomy every morning for three days to check on my progress, after which I was discharged, and was able to go home. I was lucky and had very little after operation pain and I am sure that was in part due to his care during the operation. I have had my four week post operation check up and everything is going very well.  I would not hesitate to recommend him to any friends and family who require any gynaecological care.

My first appointment with Dr. Rowlands about 10 years ago was at Kaleeya Hospital, Fremantle.  During this time and up to the present day I have found him to be very friendly and approachable, caring and efficient. He is an excellent gynaecologist and I recovered very quickly from my operation thanks to his advice on the procedure and his expertise performing the operation.  I have already recommended him to a friend who was very satisfied  and I would have no hesitation in recommending him again.
Erryn Arnold, his Practice Manager is a lovely person, friendly and efficient.
I would like to wish Dr. Rowlands continued success in his career.

I hope you had a good weekend.  At least the  rain held off.  Looking forward to seeing you both in June.  I feel you are old friends!